The basics of Computer Architecture 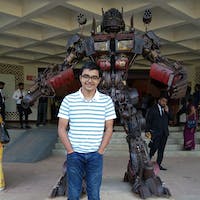 According to the IEEE/ACM Computer Curricula 2001, prepared by the Joint Task Force on Computing Curricula of the IEEE (Institute of Electrical and Electronics Engineers) Computer Society and ACM (Association for Computing Machinery):

The computer lies at the heart of computing. Without it most of the computing disciplines today would be a branch of theoretical mathematics. To be a professional in any field of computing today, one should not regard the computer as just a black box that executes programs by magic. All students of computing should acquire some understanding and appreciation of a computer system’s functional components, their characteristics, their performance, and their interactions.There are practical implications as well. Students need to understand computer architecture in order to structure a program so that it runs more efficiently on a real machine. In selecting a system to use, they should be able to understand the tradeoff among various components, such as CPU clock speed vs. memory size.

Computer Architecture is indeed an underrated topic of study for web developers and programmers. Understanding the low level concepts of the system on which you are implementing binary trees and hash tables and making web applications, and how they actually run on your PC is just as important as actually implementing them. There are already many articles on what Computer Architecture is and why understanding it is important, so I wouldn’t be delving into that. Instead, I would like to introduce the basics that I have learned.

Organisation of a basic computer

A computer, on a very broad level, basically does two operations:

To perform these operations, a computer consists of 5 basic components:

The processor is the main component of a computer. It does all the data manipulation and processing, and performs operations on data or data streams. Frequently referred to as the Central Processing Unit(CPU) of the computer or the brain of a computer, it consists of two components:

These two components, the Datapath and the Control Path make up the processor of the computer, and this is broadly how the processor works.

The Memory component, as might have become clear from it’s name, stores data and the instructions to be performed on that data.

Output performs the output of the required information on the screen or somewhere else.

Instructions that get executed by a processor depend completely on the ISA, which is designed by the computer architect while designing the processor.

Hence, what actually happens inside a computer can be broadly shown as:

These things may seem trivial, but are the foundational building blocks upon which the vast realm of computer architecture is built. Hope you got a somewhat better understanding of broadly how a computer works. Any comments, suggestions or feedback are welcome. Feel free to hit me up on Twitter !

This is such an interesting read. Thank you for sharing. 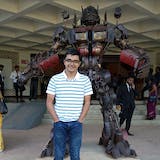 Thank you so much!!! Glad that you liked it!!